Starting XI: How should Liverpool line up against Sheffield United

Another defeat after false dawn in Leipzig saw Everton finally win at Anfield. It just took a global pandemic, an empty stadium and one of Liverpool’s biggest injury lists in history.

Jordan Henderson is the next key player out for a lengthy spell with the captain expected to miss up to five games. Klopp has now fielded 18 different centre-back pairings, but that figure could rise with Ben Davies challenging for a place.

Sheffield United are up next and remain bottom of the Premier League having taken 11 points from 25 games. It’s a must-win for the Reds with the potential of being eight points off the top four by the time the game kicks off. 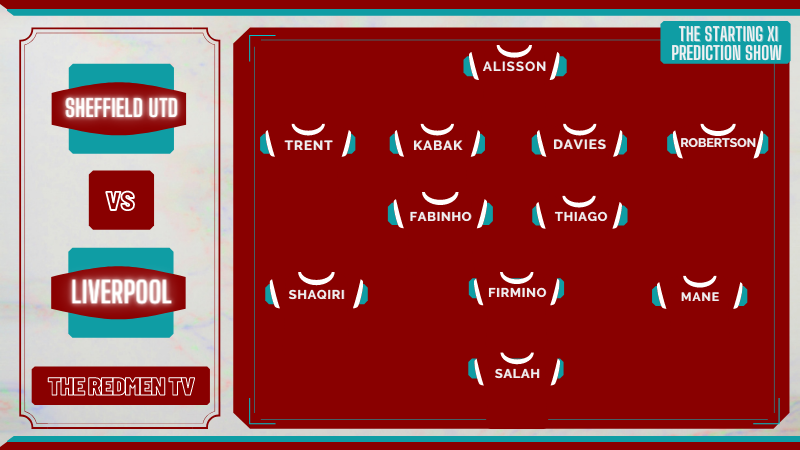 If Ben Davies can’t start against the bottom of the table then it’s unclear when the new defender will feature. Klopp should trust the two new boys for this one and release Fabinho into midfield.

Employing a 4-2-3-1 shape could help get the best out of two of Liverpool’s key players in Thiago and Roberto Firmino. Talk of Thiago not suiting our system is nonsense – but there’s no denying that performances could be better.  For Roberto Firmino, the Brazilian simply isn’t scoring enough when operating from the nine – it’s time to move him back into his natural position.

Salah is the Reds best hitman this season which should see the Egyptian king moved to spearhead the Liverpool attack. Xherdan Shaqiri and Sadio Mane complete the Liverpool line-up with Diogo Jota being a potential feature on the bench after returning to full training this week. The Portuguese winger was arguably Liverpool’s best player before the injury and will soon be back to full fitness.

If Klopp goes with the 4-2-3-1 from the start then we can be optimistic about this one.