Starting XI: How should Liverpool line up against Shrewsbury?

Uproar surrounds the Reds as they welcome Shrewsbury to Anfield for the FA Cup replay. No senior squad members will take part after booking holidays for this week.

The narrative that Liverpool are selfish is tiresome. It wasn’t the Reds who implemented the mid-season break before the season began. Klopp is doing what any good manager should; placing the interests of his team first.

Neil Critchley will take charge once again. However, this time, his under-23s squad will be strengthened by the availability of Curtis Jones, Neco Williams and new signing, Joe Hardy. The Reds will be much more threatening than last time out against Aston Villa. 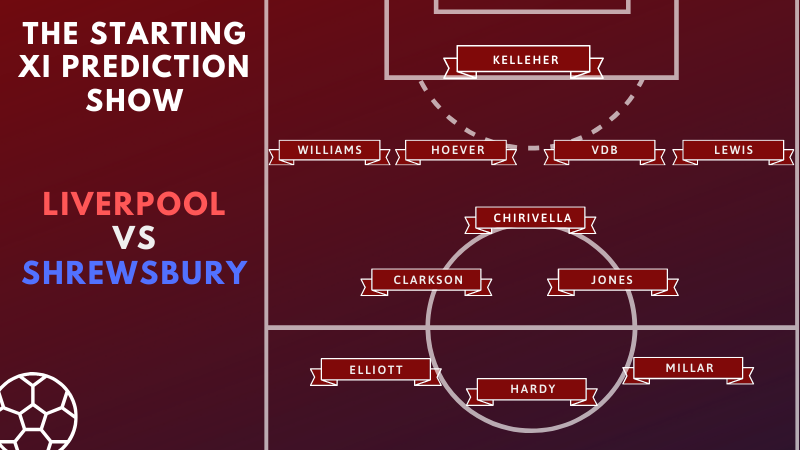 An all-Dutch pairing of Ki-Jana Hoever and Sepp van den Berg should be supported by Neco Williams, but there is uncertainty at left-back. Yasser Larouci is a doubt after suffering an injury against Wolves U23s. Adam Lewis will be ready if the Algerian defender is unavailable.

Pedro Chirivella has impressed in his opportunities this season. The Spanish conductor will be key to success, supporting Curtis Jones from the six.

Two changes to the front three from the game against Aston Villa should see Joe Hardy and Liam Millar make their competitive debuts for the Reds. Harvey Elliott will look to replicate his overhead kick against Wolves.

Meanwhile in the U23s pic.twitter.com/P94dXBbeWl

The Reds can win this one. Critchley will select a stronger XI than we saw against Villa, and we are against League One opposition this time. The excitement amongst both teams could see the game turn into a shootout.

Liverpool’s young players will look to prove they can compete at senior level, while Shrewsbury will be buoyed by the potential of a lucrative trip to Stamford Bridge.

How does Jack think Neil Critchley will line the reds up later tonight? Check out the starting XI prediction show below!