Have Liverpool rediscovered the source of goals from midfield? Ox’s performance in the Champions League against Genk on Wednesday was reminiscent of his first season in a Liverpool shirt.

Goals from midfield have been lacking in comparison to title rivals, Manchester City, but two goals from outside of the area could be a sign Jurgen Klopp now has an answer when the Reds must play more attacking.

Competition for places amongst Liverpool’s midfield is rife with Naby Keita also producing a solid performance in midweek. But what does that mean for the Reds team selection on Sunday? 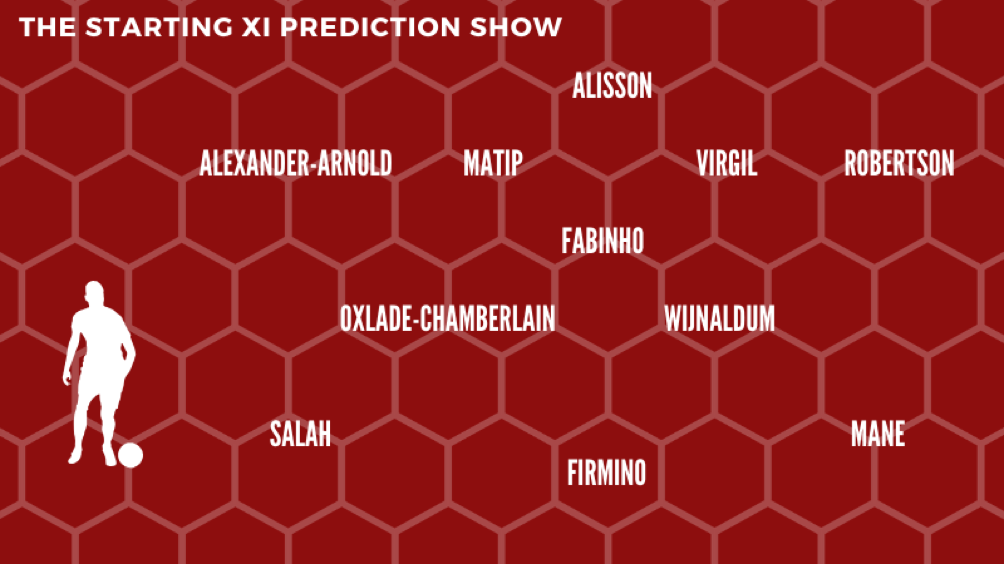 Trent (Virus) comes back into the starting line up after recovery. This should be the same for Joel Matip if he is fit to start on Sunday; the Cameroonian was excellent against Spurs last time out in the Champions League final.

Oxlade-Chamberlain starts alongside Gini Wijnaldum in midfield. Liverpool need to take the game to teams at Anfield and Ox will be confident after pulling off a finish you’d expect from Messi. Starting fast will be important against Spurs who, despite their poor form, have shown they can get results against the top sides. Take the lead early and bring on Naby Keita to control the game in the later stages.

The front three remains the same who displayed great pieces of link-up play on Wednesday.

The form suggests a comfortable win for Liverpool but last week proved recent results mean nothing. Spurs will provide the toughest test of the season, though it’s not clear what approach Mauricio Pochettino will go with. Either way,  Anfield will be the difference in a game which should be controlled by the Reds – but we have to take our chances to avoid being punished on the break.

How does Paul think Liverpool will line up against Spurs? Check out his starting XI prediction below!