Starting XI: How should Liverpool line up against Watford?

Liverpool head to Watford this Saturday after the Reds came from behind to dismantle West Ham earlier in the week.

Where teams of the past may have struggled, winning has become expected for Klopp’s side. This team finds a way to win, and fans now feel no fear when chasing a game from behind.

Three points for Liverpool would extend the lead at the top to 25 points with Manchester City set to play in the League Cup final on Sunday.

The Reds are in the latter stages of a marathon race with no one in sight. At this point, there’s more chance of coronavirus stopping Liverpool win the league than Pep Guardiola 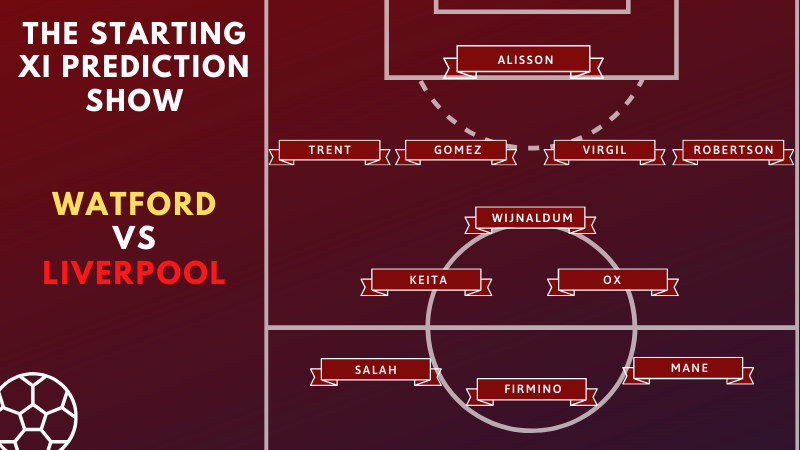 The back five remains the same ahead of an FA Cup clash coming up next week where Klopp can rotate.

Fabinho wouldn’t have much to do against a pragmatic Hornets side managed by Nigel Pearson; so Wijnaldum starts from the six. Keita and Ox reunite in midfield.

No changes to the front three.

It’s a good time to play Watford who have looked lacklustre in recent weeks. The Hornets conceded three goals in games against Everton and Manchester United, while also crashing out of the FA Cup to Tranmere. The Reds should have too much for Watford on Saturday evening.

How does Chris think Klopp will select the side? Check out the Starting XI Prediction Show below!