Starting XI: How should Liverpool line up against Wolves?

The Reds head to Molineux after cruising past Manchester United on Sunday.

‘Now you’re going to believe us‘ echoed around Anfield after Salah sealed the victory. Fans are ready for the final push to return the league title to its rightful home.

Thirteen points and two games in hand sit between Liverpool and Manchester City. A win against Wolves ends a spell of difficult fixtures which kicked off the new year 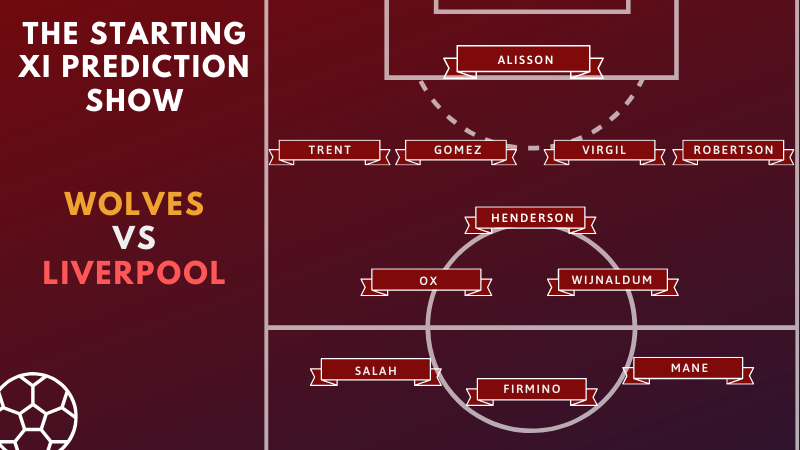 No changes are necessary ahead of an FA Cup tie against Shrewsbury at the weekend. Klopp will trust a similar rotated side which knocked out Everton.

After a tough week in North London, Joe Gomez reminded us of his potential against United. The defender’s performance was sublime and will mean he keeps his place against Wolves.

Fabinho’s cameo shows he is ready for selection, but the Brazilian will most likely be used in the second half again. Henderson remains in the six as part of an unchanged midfield.

Klopp can afford more changes in an easier upcoming set of games. Despite success over Wolves in the last few meetings, we must respect Nuno Espirito Santo who is looking to close in on the top four.

Wolves will naturally attack more at home which should create opportunities for the Reds on the counter-attack. Current form means the world champions should have enough to edge the three points to Merseyside.

It feels like things are clicking for Liverpool at the perfect time; players are returning from injury, the front three are in form and Anfield is starting to believe – it would be no surprise if the Reds won the treble this year.

How does Chris think Liverpool should line up this weekend? Check out the Starting XI prediction show below!!