Despite the sales of the likes of Harry Wilson, Marko Grujic and Xherdan Shaqiri, plus the departure of Gini Wijnaldum on a free transfer, Liverpool only signed one senior player in the summer, bringing Ibrahima Konate in from RB Leipzig.

Just one look at social media will show how the relative lack of transfer activity has angered many Liverpool fans, with the club’s owners FSG taking a lot of criticism.

However, speaking to us on Transfer Insight LIVE, Neil Jones told us that the whilst owners are not entirely to blame, he also understands how their business model does leave them open to criticism from fans.

“That’s where the criticism of FSG can come, it’s the entire model. The model of (them saying to the recruitment team) ‘We’re not just giving you a little injection of £50m because we’re feeling nice’, it’s all linked to what the club’s making, how the club’s working and it is all done with a little less sentiment, I would say”

However, Jones also told us that FSG do genuinely leave all decisions in terms of acquisitions, sales and contracts to Michael Edwards and his team, so they too are somewhat responsible for how Liverpool acted, or didn’t act, in the summer.

Ultimately, the proof about whether Liverpool were right not to make more than one senior signing this summer will come over the course of the season, but it does look like they’ve taken a gamble on often injured players like Naby Keita and Alex Oxlade-Chamberlain staying fit.

They’ve also gambled on the likes of Divock Origi and Taki Minamino being good enough backups to the star four forwards and that too is a big risk.

We as fans will never really know if the lack of activity came due to a lack of funds being offered up by the owners, the manager being happy with his squad, Edwards and the recruitment team thinking they couldn’t get the right type of player in, or any combination of those factors.

However, what is for certain is a section of the fanbase are very angry with FSG and if the campaign goes pear-shaped, like last season did, then the anger of a lot of supporters will be aimed directly at the club’s owners. 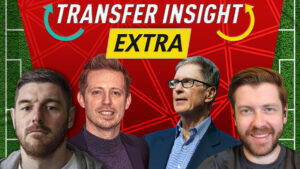