The Champions League Has Us All Dreaming Again and Why Not?

Liverpool have been stripped of almost everything this season; the Anfield record is gone. The title is on its way to The Etihad. Even Virgil van Dijk isn’t around at the moment! But, with all that taken away, one thing remains. And that is our European royalty.

Many were quick to write us off against Leipzig. Yet, two legs and four Liverpool goals later, and those who originally wrote us were left thinking they couldn’t, could they?

Number five was achieved is almost impossible circumstances with the comeback of all comebacks against the team of all teams. On the way to number six, mission impossible was achieved once more with one corner taken quickly.

Now, a Premier League title, Super Cup and Club World Cup later, and we are all left dreaming again. And why not? We have seen Liverpool overcome tasks far greater than the one ahead with far worse teams. So, why can’t a side full of Premier League winners and Champions League winners dream again?

As the saying goes, it is those with nothing to lose who pose the biggest threat. And we have nothing to lose. The Anfield record is gone, top four unlikely, and title impossible. So lets at least believe whilst we can that number seven is a growing possibility.

By the time Real Madrid comes knocking, the most exciting draw a team can get, Liverpool would have had, fingers crossed, two months with a consistent first 11. Kabak and Phillips’ partnership can only get better. Jordan Henderson will be back, as will Firmino. Fabinho and Thiago would have hopefully had time to create the duo we all hoped for.

If we get past Madrid, all of a sudden, it is Chelsea- if they defeat Porto- in the semi-final for a place in Istanbul. Where have I heard that one before? A certain ghost goal springs to mind..

But first, Liverpool and Mohamed Salah must put to bed a ghost of their own. A ghastly spirit in the form of Real Madrid and Sergio Ramos. Dragged down and out of the 2016 final, Salah will be looking to finally make his mark on Madrid.

Revenge comes in strange ways and is always sweet. There will be nothing more satisfying than a Mohamed Salah strike to take us through. It would fit the narrative. It would fit the dream that we are all desperate to have.

All that I hope for is that we, at the very least, believe in this club. The club that is looking to complete what many believe to be mission impossible once again in the Champions League.

One Day in Madrid is the story of Plaza Felipe II, where Liverpool FC hosted a fan park for over 50,000 fans who had made the journey to Spain as Liverpool played in the European Cup Final. Told by the people who were on stage that day. Enjoy and Share! 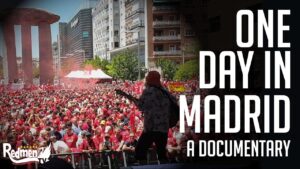 All 3 episodes of our documentary series following Liverpool’s journey to the Premier League title. Enjoy! 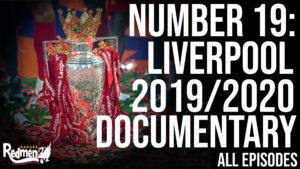 Join us on a journey through Jurgen Klopp’s 5 years as manager of Liverpool Football Club. The highs, the lows, the laughs, the memorable games and the trophies. This two-part documentary series explains how the side has evolved over time, and asks what is still to come for Klopp’s Liverpool. 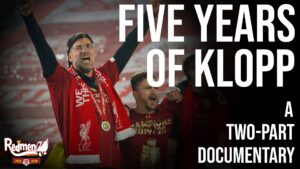