Dejan Lovren looks set to leave LFC before the close of the European transfer window with AS Roma his most likely destination. The rumoured deal is an initial £2 million loan move with an obligation to buy in a deal that could rise to £20 million for the 30-year-old.

The Croatian Centre-half has had a very mixed career at the Reds and whilst there have been some extremely bad moments for Lovren, there has also been extreme highs such as ‘that’ European night at Anfield against Dortmund with his last minute winner in a 4-3 thriller. 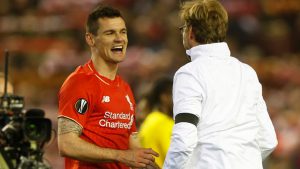 Let us know your thoughts on the potential departure of Dejan Lovren in the comments below!

What do I think?

Firstly, I think Michael Edwards is boss. £20 Million for a 30-year-old, mistake prone Lovren is, in my opinion a class deal. Lovren has always been one of them players who is decent but always make you nervous as he is prone to the odd mistake. In recent years Liverpool Football Club has outgrown players like Lovren and he has dropped down to fourth-choice centre-back at the club. The Croatian has always thought that he is better than he is, you might remember after getting to the Champions League and World Cup finals with his club and country, Lovren came out and claimed he must be considered as one of the best defenders in the world, which is comical to say the least.

It is also a deal that excites me as it shows the massive amount of faith that Jurgen Klopp has in Ki Jana Hoever and Van Den Berg which is a massive boost for the youngsters who both look like special talents.

There will however be certain aspects of Lovren that will be missed if he is to move on. There is not much disputing that he is probably the best fourth choice centre-back in the league. His experience will also be missed as we will be forced to turn to inexperienced youth. 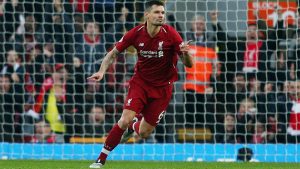 Lovren is known to pick up a lot of injuries and illnesses, but Matip and Gomez can also be quite injury prone and we will now have to turn to youngsters with no experience in the Premier League should we go through similar problems this season. Lovren also seems to be a bit of a key figure

Overall I think it’s a good deal for all parties involved. I won’t lose any sleep whatsoever about selling Dejan Lovren and to be honest I don’t think anyone will.

That winner against Dortmund was definitely my favourite Degsy moment, but what is yours?