Chelsea Women and Bristol City have become the first clubs in the world to tailor their training schedules to the player’s menstrual cycles to enhance performance and cut down the increasing amounts of injuries.

It’s all part of a trail to see and understand why female footballers are susceptible to Anterior Cruciate Ligament (ACL) injuries.

This specific injury has already hit Bristol City this season on three occasions with Elise Hughes, Abi Harrison, and Meaghan Sargeant all being ruled out due to it.

Former Ballon d’Or winner Ada Hegerberg (below) has also been ruled out for the rest of the 2019/20 campaign after suffering an ACL injury in training with her club reigning European Champions Lyon. 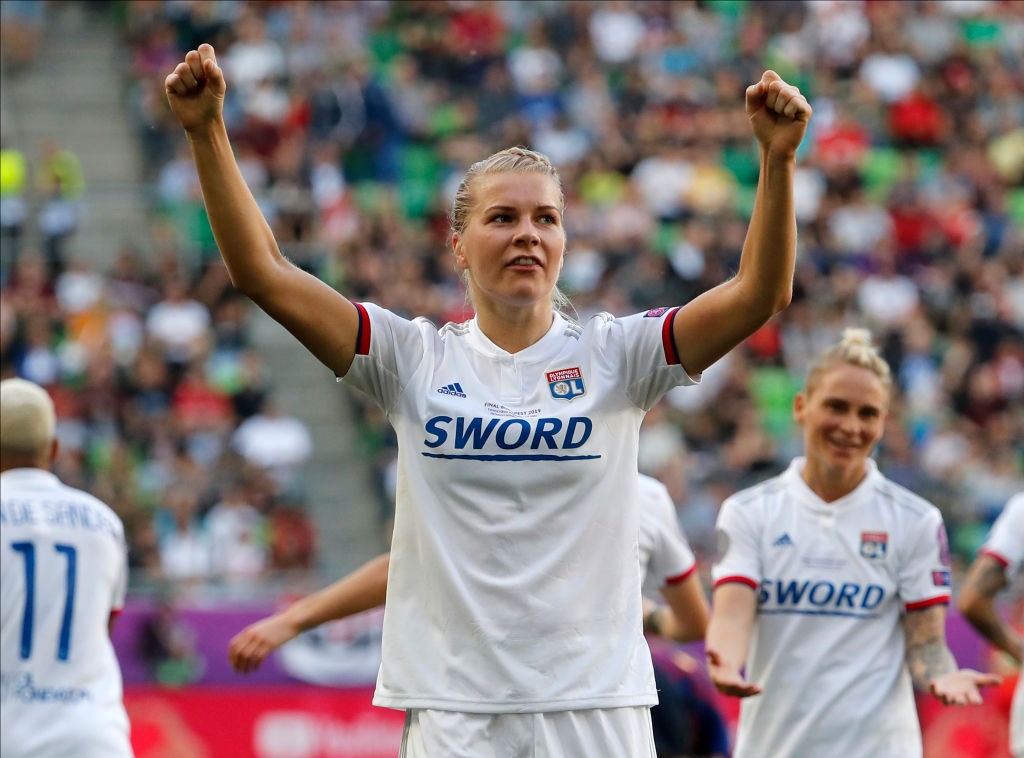 In July 2019 the US Women’s football team won the World Cup. Their success was put down to not just getting the results on the pitch on the way to defeating the Netherlands in the final, but also attributed to having tracked each player’s menstrual cycle and adapted individual training loads and diet accordingly.

Research from 2016 shows that more than half of elite female athletes say that hormonal fluctuations during their menstrual cycle affected their training and performances.

Fitbit investigated this and this resulted in them launching a “female health tracking” feature last year, enabling users to log their periods and record their systems.

How Does The Menstrual Cycle Work And What Effect Can It Have On A Woman?

A menstrual cycle- which lasts, on average 28 days- can be divided into four phases. Phase one is menstruation when a woman is having her period, and usually lasts three to five days. The second phase is the time before ovulation. Phase three is between ovulation – usually about day 14 and the onset of premenstrual symptoms and the fourth is the premenstrual phase.

A woman is impacted in different ways during each phase due to fluctuations in hormone levels. Beyond the bleeding associated with periods, women often experience pain, tiredness, mood changes, food cravings, and abdominal swelling at various times.

It is said due to it being an inflammatory process soft-tissue injuries can particularly affect a woman during phases one and two and this is what connects injuries to the menstrual cycle.

Bristol City’s lead physical performance coach Chris Difford told the Telegraph “When some players start their menstrual cycles, they tell me the pain is almost unbearable. “Some are visibly not able to do what we want them to. They’d say “I’m really suffering from stomach pains because I’m on my period”.

Difford goes on to say “That was the lightbulb moment, we needed to know this before training because if they’re on a heavy loading day, they obviously can’t train the same”. From knowing the start and end dates of every player’s monthly bleed, Difford has used arbitrary scores to alter player’s training loads, such as reducing the intensity on ‘heavy’ training days.

Chelsea who is currently second in the Women’s Super League has had a structure since August that has designed players’ individual plans around the phases of their cycle.

Blues boss Emma Hayes (picture below) has said ” “It is fair to say, I am a female coach in an industry where women have always been treated like small men,” she said. “The application of anything from rehab to strength and conditioning to tactical all come from the basis of what men do. 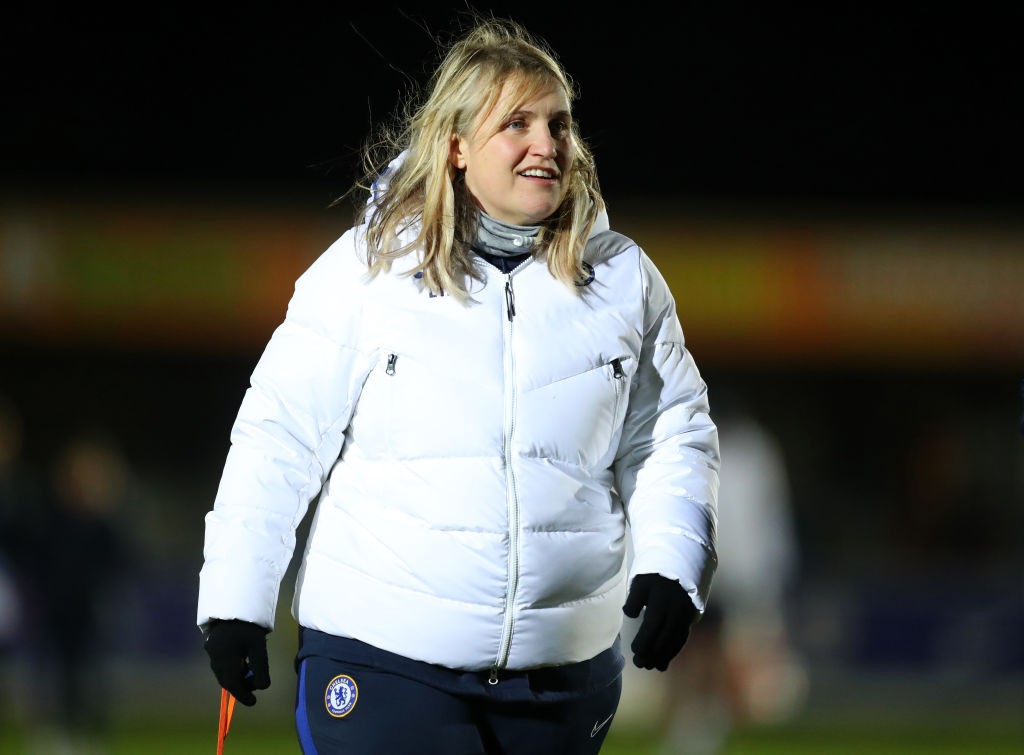 “The starting point is that we are women and, ultimately, we go through something very different to men on a monthly basis. And we have to have a better understanding of that because our education failed us at school; we didn’t get taught about our reproduction systems. It comes from a place of wanting to know more about ourselves and understanding how we can improve our performance.”

Hayes revealed to the Telegraph that the idea of studying her player’s menstrual cycle came to Hayes’s attention while she saw them lose the 2016 FA Cup final against Arsenal thanks to a Danielle Carter strike.

She added “We had a lot of players in and around their period for that game,” she said. “I remember watching players close the ball down and thinking everything was reactive and second-best. That was the starting point.”

The club is working in partnership with a physiologist and international cross-country runner Dr Georgie Bruinvels after she met with Hayes last February to discuss her FitrWoman app which is designed for women to input information about their cycle.

With the consent of the players, the Chelsea coaches and management team can access this information from the app and tailor their training programmes accordingly.