The Mishandling of VAR is Ruining Football

Boxing Day, 2013. Raheem Sterling is wrongly adjudged to be offside after rounding Joe Hart in a clash of title challengers between Brendan Rodgers’ Liverpool and Manchester City. The Reds are denied an early lead in a game which they would go on to lose 2-1.

The implications of a wrong decision can be immense. City’s fortune that night was significant in the capture of the 2013/14 Premier League title, which means Steven Gerrard’s slip in the loss to Chelsea would mean nothing had Liverpool avoided defeat at the Etihad.

Margins between winning and losing in the Premier League are thin. Arguments can be made for bad decisions ‘balancing themselves out’ – but this shouldn’t be a determining factor in whether a team win the league or are relegated. This game matters to people.

Six years on, the Premier League introduce the video assistant referee (VAR). A concept which, in theory, would put an end to catastrophic refereeing decisions. But has it?

Another week, another controversy surfaces regarding the use of VAR. Dotted lines are drawn, erased and redrawn, Roberto Firmino is now offside, or so Martin Atkinson claims from the VAR Hub in Stockley Park. It is the most dubious example of VAR witnessed, with all angles showing the Brazilian forward to be onside. 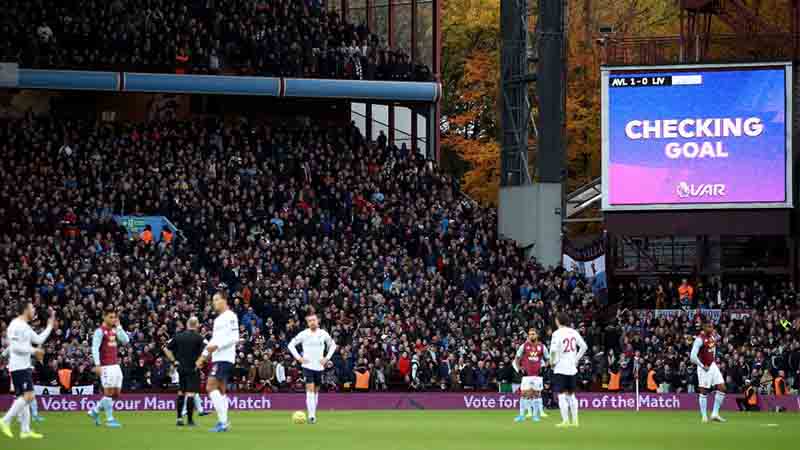 Oxlade-Chamberlain’s shot is then blocked by a raised hand in the box – no penalty, no review. Liverpool’s unbeaten run is in peril before late goals from Andy Robertson and Sadio Mane rescue all three points. This match would have been looked back on if the Reds dropped points and narrowly missed out on the Premier League title in May.

VAR will only be welcomed once there is no controversy. The principles are fine; it’s about eliminating crucial refereeing errors – but the technology is being mishandled by those operating it. More cynical fans will say it’s biased, others would hope it is a case of incompetence.

Mistakes will happen, but there are some things which should never be wrong. Yes, fouls are subjective – we can accept the ‘not a clear and obvious error’ argument, but the problem is when decisions which should be objective are not given; offsides and handball. Just one day passed before further VAR controversy when Dele Alli’s handball against Everton did not result in a penalty. Video technology must eliminate all elements of doubt in these cases, decisions must be conclusive – VAR is currently failing at this aspect.

The recent catalogue of errors allows fans to rightfully question the point of VAR. Why should it be used if it is having the reverse effect by adding more ambiguity? At the same time, there is a place for its use in football. No team’s final league position should be decided by a poor refereeing decision.

Whether the Premier League make changes to the use of video technology or advise officials on how to operate it, it’s time to start getting the big calls right.