Liverpool come away from the Olympic Stadium with just one point after Antonio’s 28th-minute goal cancelled out Sadio Mane first-half strike.

How horrible has it been watching these past few games?

We just have not been the Liverpool we are so used to seeing and it is getting a little bit frustrated now. Every team goes through one at some point in the season and it just so happens that ours has come now, what we thought would be a definite six points against Leicester and West Ham has turned into two lucky draws in my opinion. Both those games could have been a lot worse for us and personally, I think Klopp needs to switch it up a bit and let the players know that they are not irreplaceable in this team.

At the start of the season, I thought our squad depth was pretty good and it was hard to find a place in the team for some players but here we are in February going through an injury crisis and having to start Adam Lallana who last started a Premier League game in January 2018.

In all fairness, I think Lallana did pretty well at times and he deserves all the credit for that great piece of skill and composure that lead to our goal. Had a lot of stick this season and I can hold my hands up and say that I have been involved in it at times but on his day Adam Lallana can be a threat to teams and although he didn’t light up the pitch today, he definitely showed signs what he is capable of. 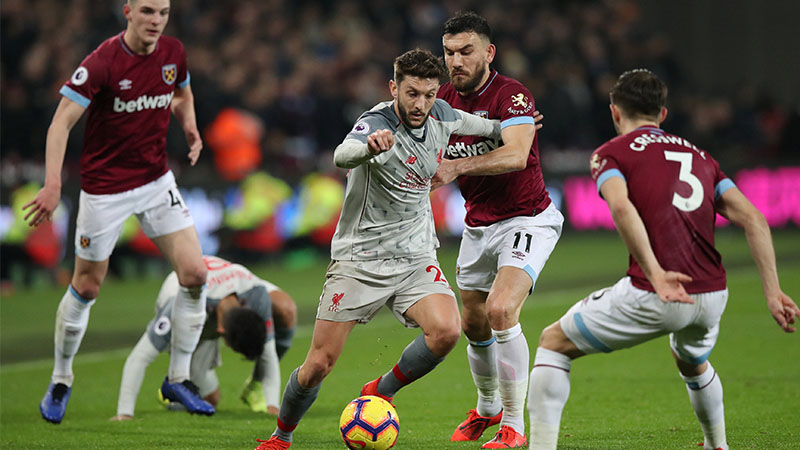 Naby Keita is becoming a bit like marmite for fans, they either love him or hate him and right now I can’t decide which one I am leaning towards. His second half was a lot better than his first, he was driving forward with the ball, always looking up to see if a pass was on but West Ham was defending that well at times that he could just not get through.

Fabinho is Fabinho, solid defensive midfielder who offers that little bit of extra protection in front of our defence. I think if he works on his passing he can really become a great player for us and provide with that little bit extra.

How Do We Lose One Game All Season And Only Be Three Points Clear?!

How frustrating is that?

Honestly can’t explain it. It is one of the most bizzare things in the world and it is worrying to think where we would be now if some of our games would have ended a bit differently. I am hoping this rocky patch is over after this game and we just smash Bournemouth 5-0 at home on Saturday and maybe Everton will help us out a bit on Wednesday (doubt it like).