With Ajax dominating both domestically and in Europe this season we have been able to watch some of the most exciting youngsters tear it up, but do these kids have what it takes it succeed on Merseyside?

There’s no doubting the quality of that Ajax side with some absolutely incredible lads coming through their academy; the same system that has blessed the game with icons such as Johan Cruyff, Dennis Bergkamp and Frank de Boer.

Much was made of Matthijs de Ligt’s speculated move to Liverpool and while it was a shame to miss out on such an already brilliant young player, there is an abundance of youngsters at Ajax who Liverpool should be keeping an eye on for the upcoming transfer windows.

In this article I’m going to be taking a little look at which Ajax stars Liverpool should be keeping tabs on and whether or not they would fit into Liverpool’s current system.

Another one of Ajax’s exciting academy graduates, Van de Beek is a midfielder who, although brilliant going forward, is at his best when playing as a number six or eight. He has flashes of Christian Eriksen with his ability to carry the ball forward from deep being a key part of his game, just as much as his brilliant passing range.

A really intelligent midfielder, the Dutch 22-year-old’s understanding of the game allows him to always be in the right position at the right time whilst his composure on the ball also helps him beat his man before playing a killer pass into space.

Ajax’s wingers typically play high and wide, pulling the opposition fullbacks from their own goal thereby ensuring that the midfielder always has plenty of space to pass into.

His playing style is most similar to Jordan Henderson at the back end of last season where he was been tasked with carrying the ball forward from deep and not having to worry too much about getting back to shield the defence when the ball is turned over. 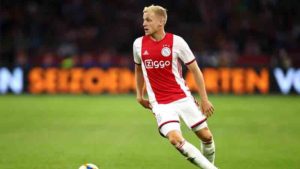 A tally of 9 goals and 10 assists in the Eredivise last season certainly added some value to the Dutch maestro though a rumoured fee of around £35m wouldn’t be too extreme with his real value being around £25m at the moment – he would be a gamble for sure but if he manages to adapt to the English game he would certainly excel in Liverpool’s attacking system.

One of the Eredivise’s most exciting wingers alongside Steven Bergwijn, the 22-year-old Brazilian forward arrived from Sao Paulo in 2017 for approximately £10m and he hasn’t looked back.

A really tricky winger, Neres completed 64% of his dribbles last season, only 1% behind Sadio Mane last campaign, while his 8 goals and 8 assists in 29 Eredivise games last season shows he has much more in his locker than just fancy tricks and pace to burn. 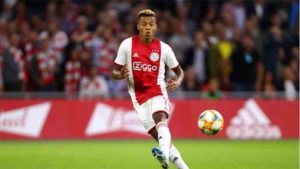 The Brazilian is best used as a right winger, though he can play on the left well too, with his passing being something you couldn’t typically associate with such a clinical wide man. What he does lack in is his ability in the air though with the 5’7 rarely challenging aerially, though he more than makes up for it with his deadly finishing and passing ability. Neres embodies what you expect from an Ajax winger with quick short passes creating space in the opposition third before his agility and pace allows him to break away towards goal.

Neres would likely cost around £50m should Liverpool make a serious move for him, Manchester United reportedly saw a £46m move for the Brazilian sensation breakdown last August, and that would likely represent good value for money with Neres widely being valued at around £40m.

When Matthijs de Ligt left Ajax for Juventus in a £67m move many wondered who would replace the colossal Dutchman but Ajax clearly weren’t too worried and had been tracking Argentinian wonder-kid Lisandro Martinez for some time.

Ajax captured the diminutive central defender from Defensa for a measly £7m and while that may seem like a sizeable outlay for a then unproven youngster, Martinez had already broken into the national side back in March and had been a mainstay in the Defensa side for the previous 2 seasons. 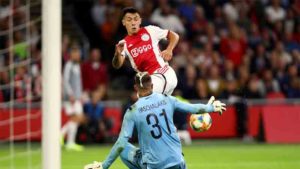 Despite being a whole 7 inches shorter than current Liverpool defender Joel Matip, Martinez has so far this season won 4.5 aerial duels per game, drawing Matip’s impressive tally of 3.7 in the Premier League. It isn’t just aerially where the Argentine is excelling either with Martinez completing 92.5% of his passes in the Eredivise and topping the entire Liverpool squad with the brilliant passer that is Virgil van Dijk only completing 85.9% of his attempted passes.

Martinez has also averaged 1.3 tackles and 2.3 interceptions per game and while the Eredivise isn’t exactly comparable to the Premier League quality wise, if he can carry this form into the Champions League this season I’m certain that a number of top sides will be sniffing around him come the summer.