PSV fans will rightly still be feeling slightly aggrieved after last season’s dramatic finish, coming second to Ajax by just three points, but after five games this season they are level on points with their bitter rivals with each side winning four and drawing once in the Eredivisie.

The high-profile loss of Hirving Lozano, as well as the sales of Luuk de Jong and Angelino, no doubt damaged their side chances for the coming season but after recruiting Leipzig’s Bruma, as well as Timo Baumgartl and Ritsu Doan from Stuttgart and Groningen respectively, they do still look like a force to be reckoned with.

In this article I’m going to be taking a little look at which PSV stars Liverpool should be keeping tabs on and whether or not they would fit into Liverpool’s current system.

Arguably PSV’s most underrated player for the last couple of seasons, Gaston Pereiro is not your typical number 10 with the Argentinian attacking midfielder being almost 6’2” and having a rather lanky build.

Last season in the Eredivisie the Argentine scored 10 goals and assisted a further 6 with his tenacity in the final third being on full display. Pereiro is undeniably good on the ball with his respectable pass success rate of 76.8% resulting on an average of 1.5 key passes per game whilst he also completed 1.1 crosses per game.

Whilst the PSV man did only average 0.7 dribbles per league game, he was only dispossessed once per game and this shows a tidiness on the ball that Liverpool seem to value under Jurgen Klopp.

Liverpool do not generally play with an orthodox attacking midfielder but as shown with Wijnaldum, our system can accommodate such a player in a slightly deeper role and his statistical output does seem to show that he has the technical ability to shine there. 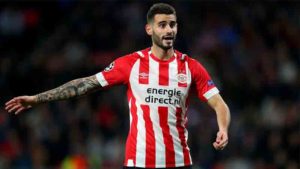 Valued at around £11m, the Argentinian would represent great value for money and the risk would be low. AC Milan came close to signing Pereiro during the summer and the reported fee of around £15m will no doubt be influenced by the fact that his contract is set to expire in 2020.

Reinforcing our squad with such a player in January, for a cut-price fee too, would be a smart move and provide us with an attacking option unlike anyone else in our current squad and with his ability to play anywhere behind the striker he would give us some much needed attacking depth too.

PSV’s young defensive prodigy Pablo Rosario is already a full Netherlands international despite being on 22 years of age and whilst he is built like a brick sh*thouse, the youngster is brilliant on the ball with his pass success rate of 86.2% last season putting ahead of Liverpool’s Fabinho who averaged 85.3% during that same time.

Whilst we can see that Rosario is good on the ball, his best work is done when off it and his ability to read the game and nullify opposition attacks is arguably his biggest strength. 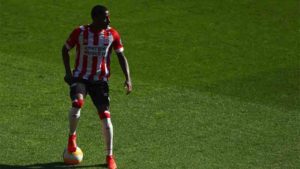 I’m not saying that Rosario is in any way better than our Brazilian, but I am saying that he would be a smart addition and would be able to learn from Fabinho and act as his successor in a few years time. I fully believe that the Dutchman has all the makings of a future superstar and with an estimated value of only £12m, a fee of around £20m may be enough to get him to Merseyside.

One of the biggest names in the Eredivisie and undoubtably the jewel of PSV’s team, Bergwijn is only 21 years old and yet has already received 7 caps at senior level for the Netherlands.

The best dribbler of the ball in the Eredivisie, Bergwijn averaged 3.2 dribbles per game last season and whilst he was also dispossessed 2.4 times per game, this does show that he is always looking to carry the ball forward and get into dangerous positions. Such perseverance paid off too with the Dutch winger scoring 14 times and setting up 12 in the Eredivsie in 18/19, showing that there is more to his game than pace and fancy tricks.

Bergwijn’s ability to carry the ball into dangerous positions clearly pays off with his immense haul of assists last season and this is further shown by his 2 key passes per game and 85% pass success rate – not bad at all for a very direct winger. 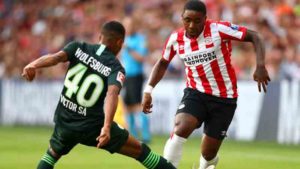 He is most similar on the ball to Sadio Mane and while he does create more on paper, Bergwijn’s role at PSV is vastly different to Mane’s at Liverpool – for context Mane’s pass success rate last season was 78.2% and during that time he averaged 1.3 key passes per game.

Bergwijn is by no means a cheap target, he was rumoured to have been available for around £40m last summer, but with an estimated market value of around £32m he would represent great value for money although another stellar season could see both his value and potential transfer fee rise exponentially.