Liverpool are in an unusual transfer position this season. For the majority of us this will be the first summer we have ever seen this, the team doesn’t really need any major additions. Unless Mbappe in some crazy universe is a reality, Liverpool’s first 11 is more or less complete. However, with the probable departures of Mignolet and the already confirmed loss of Moreno and Sturridge, Liverpool have 3 squad roles that they may want to fill.

In the past, this would require a minimal outlay. However, in the modern transfer window, it is almost impossible to pick up a player for less than was enough to bankrupt a club even just a few years ago. With the increase in transfer prices, the risk for the buying club has increased. Liverpool are in a healthy financial position. That being said, we cannot afford to be saddled with high wage earners that we cannot move on without taking a huge loss. Therefore, picking up bargain squad players is vital.

Although it is difficult to do, it can still be done. The first way is to target players running down their contract. We have been a huge beneficiary of this, able to prize Oxlade Chamberlain away from Arsenal in his final year. 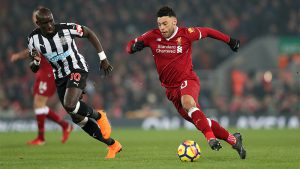 The second is gambling on a hidden gem. This is the cheapest method. Equally, it is the most difficult to pull off. You are just as likely to get a Solanke as a Gomez.

The only other way to ensure a transfer at a decent price is to take advantage of a team who need to generate money. When Liverpool signed Mohamed Salah, Roma’s money troubles meant that we were able to capture him well underneath his actual market value. Yet, with the growing amounts of money in football, the quantity of teams in need of a fast buck has dwindled.

Rather than a team desperate to stay afloat. The new targets need to be big teams looking to overhaul their squads. Last year Everton were the beneficiaries of Barcelona desire to balance the books. Digne, Mina and Gomes, were all good additions to their squad.

So Liverpool need to find a fellow big team who have the solution to all their squad transfer needs and desperately need to recoup funds. It sounds impossible. Yet, thankfully there is a team in that position. It’s Real Madrid.

After already splashing out over 200m €  this summer and a potential Pogba transfer on the horizon. Real Madrid need money fast. So, If Liverpool play hardball, they have an opportunity to pick up three bargains to improve squad depth from Spain. And as a bonus, they would help take Manchester United’s best player away from them.

Allison is one of the best ball-playing goalkeepers in the world. Therefore finding a replacement for him is an unenviable task. There are plenty of decent keepers out there that will buy Liverpool the time to allow the young goalkeepers on the books to develop. However few have a similar skill set to the big Brazilian. Real Madrid are one of the few teams in the world who have a goalkeeper who fit Liverpool’s requirements exactly. 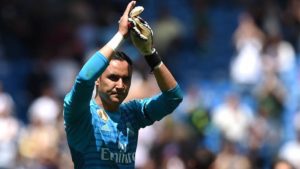 In Keylor Navas you have a goalkeeper equally as comfortable on the ball as Allison. Navas is an incredible shot stopper and would be able to step into the first team in cup competitions and allow Liverpool to defend in much the same way as now.

This is a guy who kept goal for three consecutive Champions League winning teams. Yet, his age would mean that his transfer fee would be relatively low and Real are looking to get rid. After investing heavily last summer in Courtois, Real are set to promote Andriy Lunin to be the backup for the next year. Navas is free to leave the Bernabéu. Liverpool should take advantage of Real’s need to rid themselves of goalkeepers and snap him up.

A name not many people know now, but may well be a household name in the future, is Hakimi. The Morrocan international fullback has the versatility that would make him an excellent signing. A natural right back who is equally adept on the left, Hakimi would offer cover for both of the full back positions. At 5”11, he has and could even fill in as a ball playing centre back. This versatility would enable him to get the game time to tempt him to Anfield and would provide cover on both sides, allowing Joe Gomez to operate purely as a centre half. 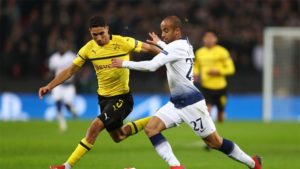 Hakimi spent the last year on loan at Borussia Dortmund and should be staying for another season. He played mainly as a left back and developed into a vital part of the German side, gaining valuable experience both in the league and Champions League. A graduate of Real Madrid’s academy, he is a fast and creative full back who isn’t scared to take on defenders. His stats of 3 goals and 7 assists in 24 appearances are impressive for any full back.

In defence and especially at fullback, Real Madrid are fully stocked. On the left Marcelo is returning from injury. Reguilón had a breakthrough season and they have also just signed Ferland Mendy from Lyon. on the right, Real Madrid have Carvajal, when fit, one of the best right backs in the world. They also have Odriozola and new signing Milito, leaving no space on that side.

Real Madrid will see fullbacks as a way to bring in money. Hakimi is highly rated and Zidane is a fan. However, with so many players in the way, Madrid may well be willing to activate the callback option on Hakimi and take the money.

It is quite incredible to think that Marco Asensio is still only 23 years old. This is a player that has seems to have been around, and linked to Liverpool, for a long time. There is a reason for these constant links, Asensio is a prodigious talent. More importantly for Liverpool he is a talent that is being wasted at Real Madrid. Too often pushed into wide positions, Asensio is a player who thrives in the centre of the field. Prior to his breakthrough season at Real Madrid Asensio spent a season on loan at Espanyol where, as a number 8/10, he ran the show for the Catalunian side. His performances were so impressive it caused Madrid to back away from Galacticos signings in an attempt to develop Asensio. 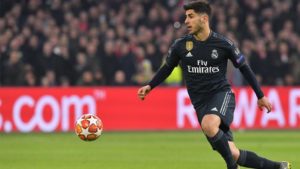 Yet, since coming back to Real Madrid he has been pushed out wide and served as a backup to more natural wide players.  Asensio has the ability to cover these roles and would be able to do that for the Reds. However, it is as that creative attacking spark from Midfield where Liverpool may be able to allow the Spaniard to reach his full potential.

Again Asensio is a player that Real Madrid is looking to let go of this year. However, unlike the other two players, he could look to fight for a first-team spot. If there is a hole in the Liverpool team, goals and creativity in midfield is it. Asensio could provide both these things. If Liverpool bargain hard, they will be able to bring him in at a price that will mean that if Asensio struggles they could recoup the money outlaid. In short, it is as safe a big transfer as we could possibly do.