The Premier League returns as the Reds head to Tottenham Hotspur Stadium to take on a Jose Mourinho outfit in the midst of a title challenge. Sounds familiar, though the league table looks much better than it did when Liverpool hosted Chelsea in 2014.

Spurs looked rejuvenated under Mourinho but are without a win in three games after a promising initial spell. Poor results have included a defeat against Southampton as well as draws against Norwich and Middlesbrough.

Jurgen Klopp and the first team will feel refreshed after the Under 23s took care of Everton in the FA Cup. Senior players have had nine days to recover from the endless run of games during the festive season.

Matip and Shaq are back!

Xherdan Shaqiri has returned alongside Joel Matip. Klopp’s squad depth has been stretched over the last month in an injury crisis which seemed never-ending. Further reinforcements in the form of Fabinho and Dejan Lovren are expected to rejoin first-team training next week. 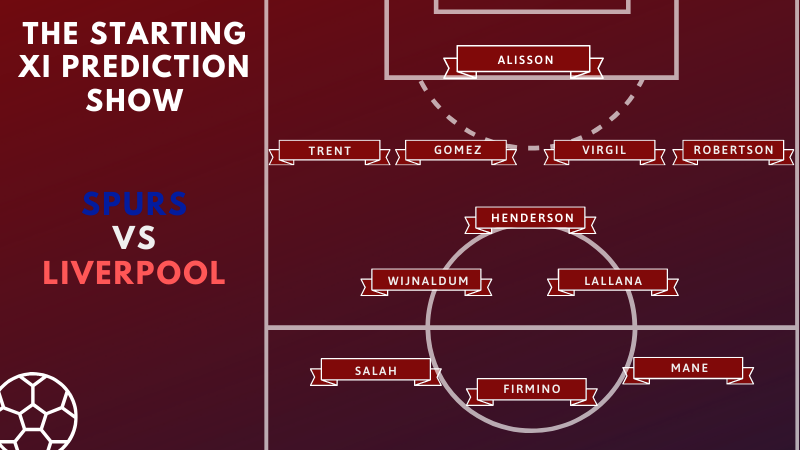 Klopp can play his strongest hand in North London after a break in the storm of fixtures. Alisson returns in goal with Adrian to be used in the remaining cup games.

Matip will be short of sharpness after his recent return which means Gomez should maintain his place for now. The young defender has returned to his best form in a Liverpool shirt since coming back from injury.

Henderson starts in the six behind Wijnaldum and Adam Lallana. Curtis Jones will feature more as the Reds deal with injuries to Milner and Keita.

The strongest front three will start. Minamino provided glimpses of what we could see from him in future against Everton but the Japanese star will need time to adapt to Klopp’s system.

Spurs form has been poor of late which makes Liverpool favourites. Mourinho was in awe of Klopp when working in punditry which means we will likely see a defensive set up enforced by the home side.

How does Tom think Liverpool should line up this weekend? Check out the Starting XI prediction show below!!